We went out to Grouse Mountain for the first time this year on December 3rd in order to start the season off. We had not gone out snowshoeing yet this season, and were not sure how the snow would be so we decided to take a chance.

When we got to the mountain the line for the gondola was getting long, but because we have passes we were able to skip most of the line and head straight up. Overall it wasn’t incredibly busy, but it seemed like we got there before the rush.

It was a warm, sunny day. The rain let off and there was enough snow on the mountain to make for good snowshoeing.

At the top of the gondola we hit up the restrooms, put on some sunscreen and geared up.

The mountain (at least once we got up the gondola) was not that busy.  As we headed towards the trail head it was pretty clear that it was going to be a pretty quiet day.

The plan was to head to Dam Mountain, and maybe further if we felt up to it. The sign on the trail head said that only the “Light Walk” was open, but oddly enough the website and other signage said the trails were all open. So we cautiously kept going until we could get closer to our trail. As we approached the trail it was pretty clear the sign was mis-posted and the trail was open.

The trail up was not busy at all. There were a few others hiking up like we were, but there were no crowds and no children. Best of all there was nobody sliding down at our ankles!

We made pretty good time, and we were able to stop and take some photo breaks on the way up.

The snow was almost untouched – I don’t think we will get a chance to go on such pristine snow for the rest of the season! 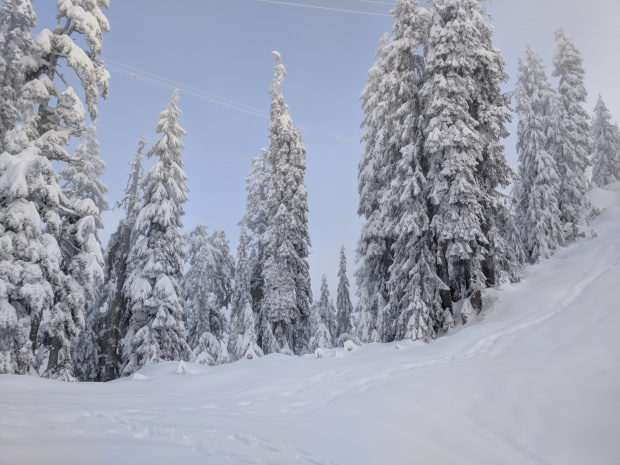 We got to Dam Mountain in under an hour, and there was only one other couple up there with us.  We spent a few minutes up there, took some photos, and decided to turn around and get some other things done in the afternoon.

We made good time on the way down again. More people were coming up but it was still a pretty quiet hike. 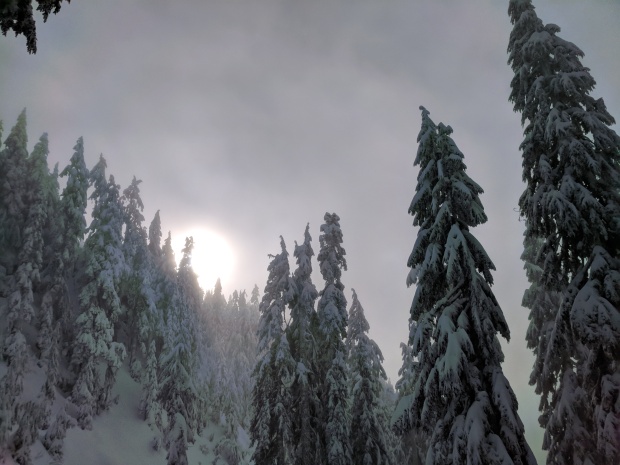 However.. when we got to the gondola line.. it was starting to get a bit busy.  It wasn’t the busiest we have seen it (although usually when it’s really busy there is someone handing out free hot chocolate.. this time not so much). We were probably in the line for 40-60 minutes.

Despite the long wait to get back down, it was a pretty good way to start the season off!

View all posts by kyle

#GDTplusababy
MYOG
#How to hike with a baby

Barely posted more than 9 pictures here this year, so here's a reel to recap the year instead of a #bestnine 🙃
Dude Chilling... Literally
Day 2 of our #GreatDivideTrail section D redux featured more beautiful floodplain walking, drum solos at Howse Pass, and a decision to stop short of our destination (again 😅).
The #GreatDivideTrail - so easy a toddler could do it 😉
A few more from #ElfinLakes
More photos from #ElfinLakes a few weeks back